Thought I’d share my demo reel, which I use for commercial gigs. It features work I did for The Coca-Cola Company, Hilton Hotels and a video game score for Cogent Education. There’s also a pop tune at the end for good measure. Enjoy!

My latest pop tune, “Ice Cream”, was inspired by Rick James and Prince. It’s an electro-funk composition with a super catchy beat.

This is my first pop tune available on all major streaming services, see the links below to check it out.

I thought I’d share what I learned about the process.

Prince fans, take heart. According to an article on HuffPo, a surprise new EP containing six unreleased tracks recorded between 2006 and 2008 will be released this Friday, April 21, 2017. It will be available on Apple Music, and the title track, “Deliverance” is already available to stream on a number of services.

The producer, Ian Boxill has been working on this music over the last year and planned the release to coincide with the one-year anniversary of Prince’s Death. Paisley Park and Prince’s estate have filed a lawsuit claiming the producer is “trying to exploit one or more songs for his personal gain”.

We’ll see what happens. I’m just glad we have some new tunes from The Purple One!

Is there a new minimalism underway in popular music? It seems two of the most recent number one songs, “Blurred Lines” and “Royals,” consist of little more than a catchy percussion driven beat with bass and harmony vocals. It is a very effective combination, if the lyrics are strong, because minimal accompaniment focuses the listener’s attention on the words making them more important to the success of the song.

There are a number of artists who have built careers using minimal accompaniment including Bob Dylan, in his early folk period, and Neal Young. Can you name other artists who use minimalism? 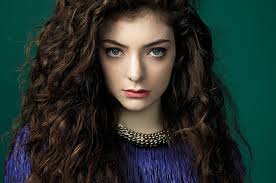